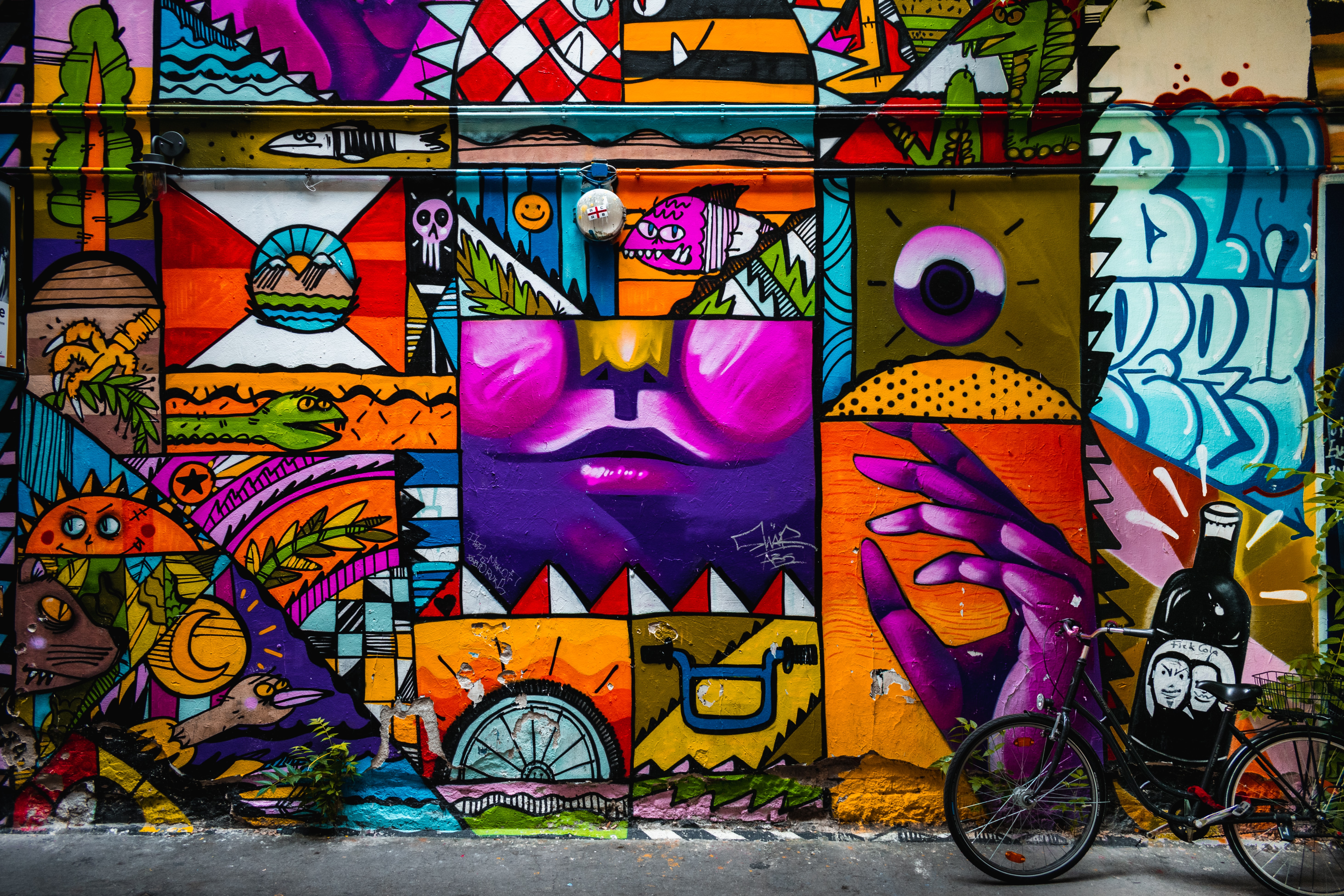 ESCP Berlin Campus. Live where ‘extra’ is the new ordinary

Berlin, the city that unites.
Where over 30 years ago, a wall divided the world in two, we can find today a new society based on acceptance and respect for diversity in all its manifestations.

Berlin unites people and gives all their interests, backgrounds, beliefs, and goals the same freedom to be expressed. This is undoubtedly one of the main reasons why individuals from all over the world came together in the German capital to shape a new creative, inclusive and nonconformist metropolitan environment.

This degree of openness makes Berlin also the perfect destination for young talents, attracted by the chance to acquire a top-notch education in a vibrant, multifaceted hub that thrives on innovation, reinvention, and creativity. What better place than the ESCP Berlin Campus to start such a life-changing experience?

Where the only constant is the continuous transformation

Berlin has long been – and still is – one of the main poles of attraction worldwide for talents of all nationalities, ages, and fields of action. Considering its almost recent history, such an extraordinary result was not a foregone conclusion. However, it is precisely from its memory that the city draws a renewed lifeblood and the stainless motivation to keep innovating.

This city embodies the legacy of clear contrast between two worlds, the West and the East. Still, it is also the result of impacting social phenomena: significant migratory flows, new city users, multiethnic inhabitants and artistic communities that have contributed to generating Berlin’s recent identity and its hype.

The German capital is still growing at a rapid pace, even though it is already home to 3.6 million inhabitants, but it shouldn’t surprise us. The city, in fact, offers a high quality of life at a relatively low cost of living compared to other capitals. Furthermore, cultural diversity and, more importantly, the acceptance of diversity shape the unique character of the city: more than 180 different nationalities infuse it with creative human variety.

Residents and visitors particularly love Berlin for its pulsating artistic scene and nightlife, as well as for its spacious parks and bohemian quarters. Skating on the old airport field in Tempelhof or shopping in extravagant malls or boutiques next to well-preserved ruins is just that little ‘extra’ that completely transforms the idea of ‘ordinary‘ in this city. The numerous beer gardens, restaurants, coffee shops, markets, green areas, lakes, galleries, and cultural events can only reinforce David Bowie‘s idea that “Berlin is just the greatest cultural extravaganza that one could imagine”.

Today, Berlin stands for a European metropolis with a broad-minded approach to the world, a symbol of contemporary cultural and social transformation, where countless contradictions and a firm trust in progress teach us about coexistence.

ESCP Berlin Campus is well-placed next to the beautiful Charlottenburg Palace’s gardens in West Berlin. Here, the lush green spaces literally embrace the Business School, hosted inside an old hospital complex built in 1910. A short walking distance away, there are important historical landmarks and Kurfürstendamm, the city’s most famous boulevard full of shops, cinemas, restaurants and galleries.

More than 1000 students every year enjoy what the ESCP Berlin Campus has to offer: several lecture rooms, a library, study rooms, terraces, a forum with a piano and a café. The Rector, professors, and other school staff members are easy to meet in the hallways as their offices are distributed throughout the building. This, indeed, adds to the friendly atmosphere on the Campus.
Behind the main complex, the Student House offers even more relaxing hours devoted to hanging out, playing games and table tennis, or even gardening.

One of the Campus flagships is certainly to be found in its Societies. Students4Entrepreneurship, TedxESCPBerlin, Girl UP ESCP, Finance Society, Consulting Club and ESCP Music Collective are just a few examples of organizations where students from different programmes can get to know each other and collaborate, aggregated around the same interests and passions.
Going even further, some Societies pursue globally relevant goals reaching beyond the campus walls. Oikos Berlin, for example, aims to increase the relevance of sustainability not only within ESCP but also among other universities in the German capital.

Inspired by the city that hosts it, the very familiar and open atmosphere of the ESCP Berlin Campus makes it the perfect place to connect with new people and their ideas while letting your uniqueness emerge freely.

Become who you are where all possibilities are given

Berlin has a multifaceted economic structure, ranging from traditional industrial companies to innovative IT and high-tech firms. Its almost legendary start-up culture thrives next to global player subsidiaries like Amazon, Bain, EY, Google, N26, and HelloFresh, in perfect accord with the unifying spirit of the city.

Without a doubt, there is a reason why the most influential tech leader Siemens built its factory in Berlin, why 10.5 billion were invested in Berlin’s start-ups in 2021, and why the city often carries the nickname Grün (Green) Berlin.

This peculiar configuration and Berlin’s economic orientation are also reflected by the three critical academic areas on Campus: Digitalisation, Entrepreneurship and Sustainability.
Several opportunities were developed here for students to approach the above fields through classes, seminars and other extracurricular activities. Students with an entrepreneurial spirit, for example, in cooperation with ESCP’s business incubator Blue Factory, get the chance to present their business plans at a competition. On the other hand, when tackling the environmental issue, one of ESCP Berlin’s annual highlights is a conference on sustainability and business, which brings together students, alumni, companies, NGOs, and political institutions to discuss how United Nations Sustainable Development Goals can be reached.

The possibilities for personal growth and development on Campus are countless, and once the time comes to face the world of work, students can also count on Linking Talents, the ESCP Berlin Campus career accelerator. It provides contacts to companies, hosts careers events and workshops, and offers guidance and valuable expertise for career planning.
An actual ‘accelerator of opportunities’ for young talents!

Students who choose Berlin as part of their 3-years path at the Bachelor in Management (BSc) unanimously praise the city’s easy-going yet culturally rich atmosphere. But there is more adding to the unique emotional attachment of the BSc students to Berlin.

One of the aspects that makes the ESCP Berlin Campus a rather special one is the fact that the Bachelor students almost entirely reunite here. “I liked very much that nearly all the cohort was back together at the Berlin Campus, so we got to meet almost everyone graduating the same year,” shared Alice Dairy, a BSc Alumna.
Traditionally, Berlin is also the city where the Graduation of the Bachelor in Management (BSc) takes place. Hence, the memories grown here are particularly significant and cherished.

Before being a city, Berlin is an experience: an ‘extra’ experience that will give you new lenses through which to observe the world.

Would you like to fully experience Berlin and two other major European cities during your studies at ESCP Business School? Contact us and learn more about the Bachelor in Management (BSc). 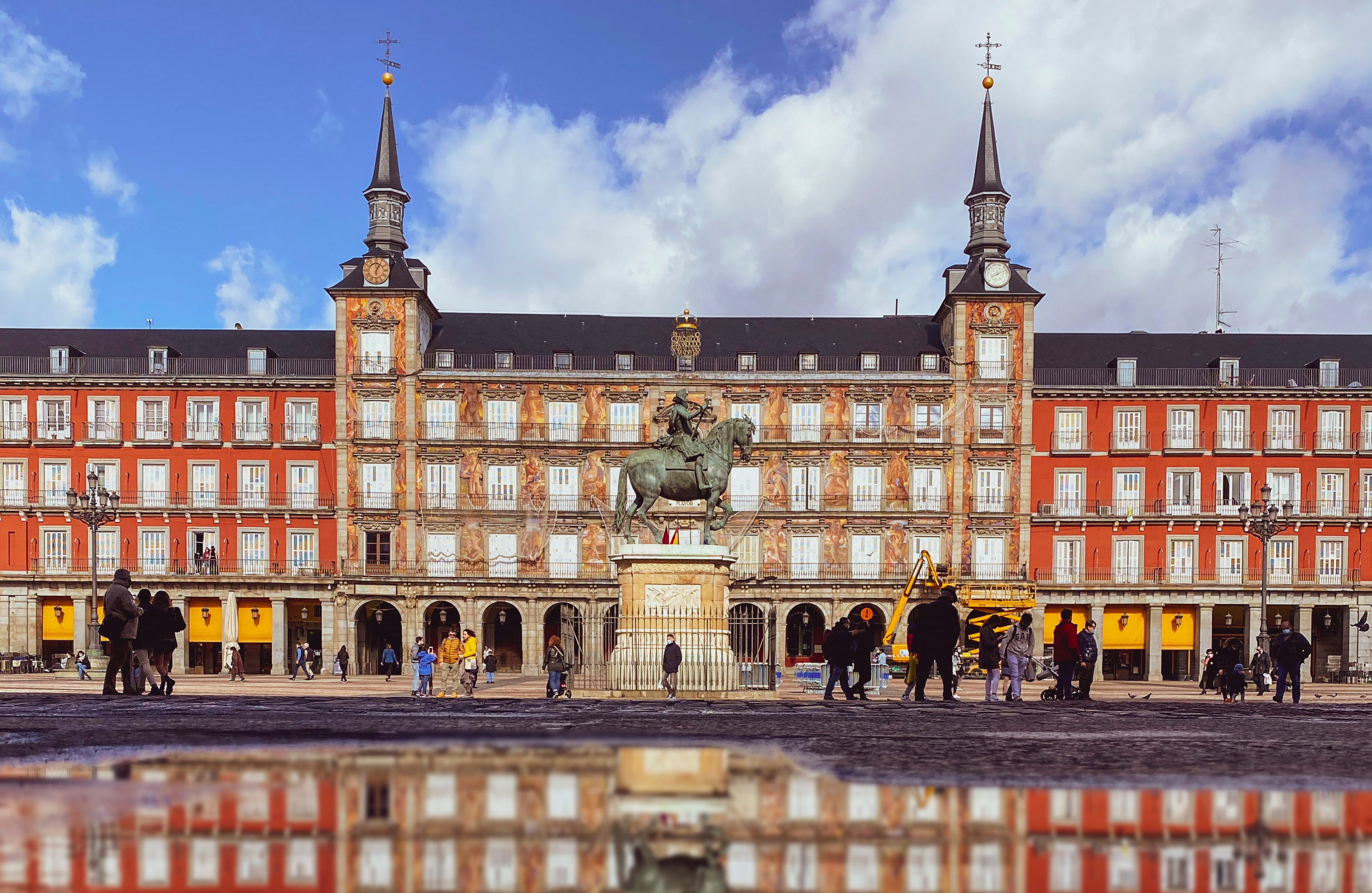 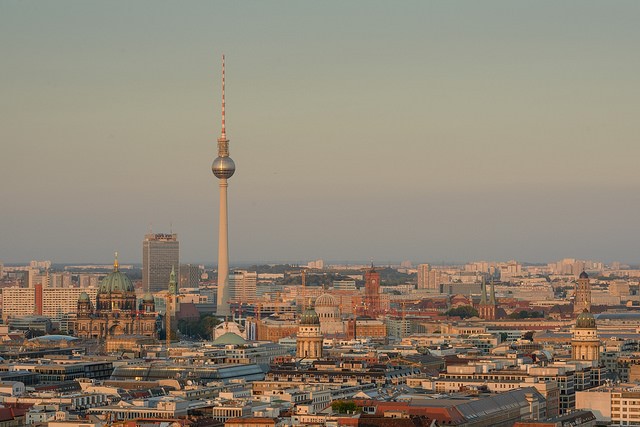